rumors of my demise are greatly exaggerated 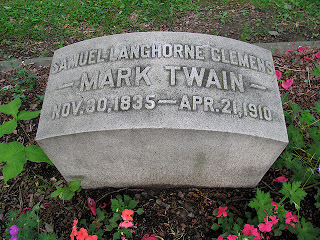 
But I’m still alive and doing well, cancer-wise. Four years have passed since my Stage II-b  diagnosis. You know, when I first heard “II-b” it sounded like "to be" and I was immediately reminded of, “to be, or not to be, that is the question.” Silly, I know. Besides, and with all due respect to Will Shakespeare...that really wasn’t the question I was asking myself, at least not at the time.


It wasn’t the question that rattled around in my head the last couple years since the end of treatment, either. That one was: Now what? As in, this destroyed my life as I knew it...how do I move on now?


In the midst of an extended crisis I always wish I could hit some magical button and fast-forward to the time just beyond it...naturally, who wouldn’t? During chemo I would lie in bed, feeling sick and weak, and try to send my mind into that future. I kept thinking, what did I want my life to look like after this was over? What was really important to me? Those were better questions. All I needed were the answers.


Turns out it wasn’t grand ideas or unfinished dreams I longed to spend my future accomplishing. What I wanted most was just a return to the little day to day stuff. I missed the gentle rhythm of my life. Morning routines, mealtimes, bedtime rituals, those quiet patterns that weave in and out of an average day – all those moments, those times I could no longer ebb and flow with because I was suspended in another time, a time out of time...a time to be ill.


And then something vaguely resembling an epiphany came to me. The insight was pretty simple...so simple that you may find it obvious. But at the time it felt very important to me. It still does.


The way you spend most of your days is how you end up living your life.


That is the sum total when all is said and done. I didn’t care about checking anything exciting off my bucket list. I didn’t care about fixing my laundry list of regrets. And they were long lists, let me tell you. Instead I just wanted to go back to doing the simple things I already spent most of my days engaged in.  That was enough because what really mattered most were all the tiny, precious daily moments of just being.


I thought I’d hold on to these poignant little realizations and after cancer treatment my life would be filled with deeper appreciation. But that’s not what happened. In fact, it was the total opposite. By the end of treatment I became bitter, morose and riddled with self-pity. I’m not sure why...maybe the hard knocks of a cancer journey fraught with some bad luck finally took its toll. Maybe it was a stage in the natural healing process. Or maybe those sorts of crystalline realizations about existential reality are just illusive by nature. Probably a little bit of each.


Just like for good ole Sam Clemens, someday the reports of my demise won’t be an exaggeration, they’ll be true. And so it will be for everyone eventually. But for today I'm still around. I get more time to heal, more time to question, more time for savoring the sweetness of life when I find it, for appreciating the many chances I have just to be here, just to be. In regards to "the question"...it certainly sounds like the best answer.

The Small Fabric Of My Life said...

Such a wise post and it is good to see that you are ready to move on.

Thanks Jane :) I wonder sometimes if trying too hard to move on is actually what stalls us sometimes...or maybe that's just me, lol.

Very wise words. Well worth the wait. Moving on is a process isn't it? I think you're absolutely right, life is made of all those ordinary days, full of simple moments of just being. Thanks for writing this. Good food for thought!

This is so beautiful Kayleigh. It reminds me of the saying "Enjoy the little things because one day you will look back and realise they were the big things'. xx

Nancy -- Thank you, and thanx for stopping by my blog...I really found yours to be very thought provoking and well written. Yes, moving on IS a process, you are so right. I don't think I fully understood that until my cancer experience.

NSM -- Oh, thank you, I'm glad you liked it...and yes, that's it EXACTLY -- you summed it up with that saying perfectly :D